09 JunIs It Worth It To Fight A Denied Insurance Claim? 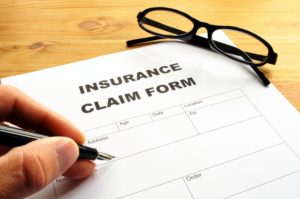 Recently, we talked about the reliability of insurance companies. Unfortunately, the people you pay to protect you aren’t as dependable as you may think.

This is an issue that we face every day at Wheeler, DiUlio, & Barnabei. Time and again, we receive calls from homeowners asking us to review a denied insurance claim. Their home has suffered extensive damage, and their insurance company refuses to pay. Why is that? Aren’t these companies being paid to help in moments just like this?

What the average homeowner does not know is that insurance companies go to great lengths to avoid paying out when you file a claim. To do this, they make their policies exceedingly long and nearly impossible to understand.

They know that the average person will barely scratch the surface of a 100-page document filled with terminology that might as well be a foreign language. Insurance companies bank on the fact that most people don’t have time to sift through these policies, and will just assume that they are getting their money’s worth when they apply for coverage.

This puts the insurance company two steps ahead of you. Not only does the wording of their policies allow them to deny your claim, but they also know that the average policy holder will not want to go through the “hassle” of hiring an attorney to review their denied claim.

That’s where they’re wrong. And where the team at Wheeler, DiUlio, & Barnabei can help.

Help Is On The Way

Hiring an attorney that specializes in insurance claims and property damage is far less of a hassle than blindly accepting the insurance company’s denial of your claim.

When a client of ours filed a claim for water damage to her home, the claim was immediately denied. From within the 100+ pages of her claim, the insurance company had pulled two “exceptions” to the coverage they were providing him: one that excluded losses resulting from failure to maintain the property, and one that excluded coverage for “surface water” damage.

The water had leaked into the client’s home through a basement air well, through no fault of her own. Additionally, since the damage was not caused by “surface water,” this second exception did not apply to this case.

Had our client not come to us for help, she would have been cheated out of thousands of dollars of well-deserved money, which could be used to restore her home back to normal. Fortunately, Wheeler, DiUlio, & Barnabei are fighting her insurance company for the money that they rightfully owe her.

Insurance companies can only win the insurance game if you let them overwhelm you. As soon as you receive that denial letter, the first step is to get someone on your team.

You need someone who will fight for you. You need Wheeler, DiUlio, & Barnabei.

Click here to speak with an attorney at Wheeler, DiUlio, & Barnabei about your insurance claim.