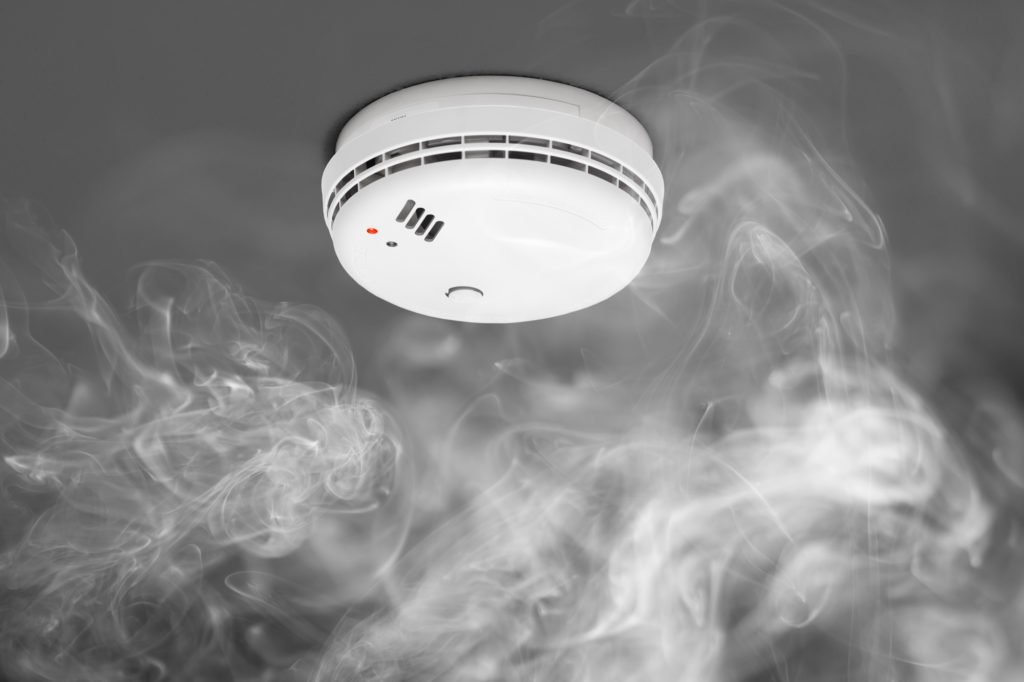 21 FebThe Dangers Of Your Smoke Alarms: The Life-Saving Differences You Need To Know

Not all smoke alarms were created equal. In fact, the differences are astonishing, and it is critical that you know the difference…not just for your home, but for your lives.

In the world of smoke alarms, there are two types: photoelectric and ionization. Let me start of by explaining, very briefly, the differences in how these two smoke alarms work, then we can discuss why it matters to you.

These alarms work just like the lasers you see in bank robber movies. There is a small beam of light in the alarm so when smoke particles get in the way of that beam, the alarm sounds. It is a simple technology but it works very effectively.

These alarms work with a very very small amount of radioactive material. This material actually ionizes the air around it and it flows between two electrical plates in the alarm. When an open flame fire occurs, this changes the flow of those ions thus setting off the alarm.

This is just a basic explanation of the two, but hopefully it helps you understand how they work.

Why Does This Matter?

You may be thinking, “Okay, then I guess It’s time to invest in ionization smoke alarms for my home.” Don’t be so quick to rush to the store. They key term to focus on here is “open flame”.

Most home fires don’t start as a roaring fire like you might have in your fire place or if you were to light a gasoline soaked couch. The majority of home fires start as smaller smoldering fires that eventually spread smoke, slowly growing into a large open flame over time.

In these types of fires that produce a large amount of smoke but with little or no open flame, the ionization smoke alarms can take anywhere from 15 to 50 minutes longer to detect the smoke than the photoelectric smoke alarms.

This fact has become undisputed by anyone in the industry. You can find tests of this fact all over the internet. Here is one video as an example (please pardon the 1990’s quality):

The fact of the matter is this: inhaling smoke from a fire is as likely to kill you as the fire itself. So having an alert that is 15 to 50 minutes late could be the difference between putting the fire out early (or having time to flee your home), and a fire that burns out of control and emits suffocating smoke. It could mean the difference between life and death.

How To Check Your Alarms

Remove your smoke alarm from its base. Flip it upside-down; the back will be labeled with the type of alarm that you have. If your alarms read “ionization”, you’ll want to seriously consider a few replacements or supplements.

While they do sell dual smoke alarms, these alarms are not always ideal, as they are only required to pass safety tests for one of the two types. This is why many do not choose to install dual alarms.

In a perfect world, you would install both photoelectric and ionization alarms in your home. However, if you only have one alarm in your home, you’ll need to decide if the 30-90 second difference in detecting an open flame fire is worth the 15-50 minute delay in detecting a smoldering fire.