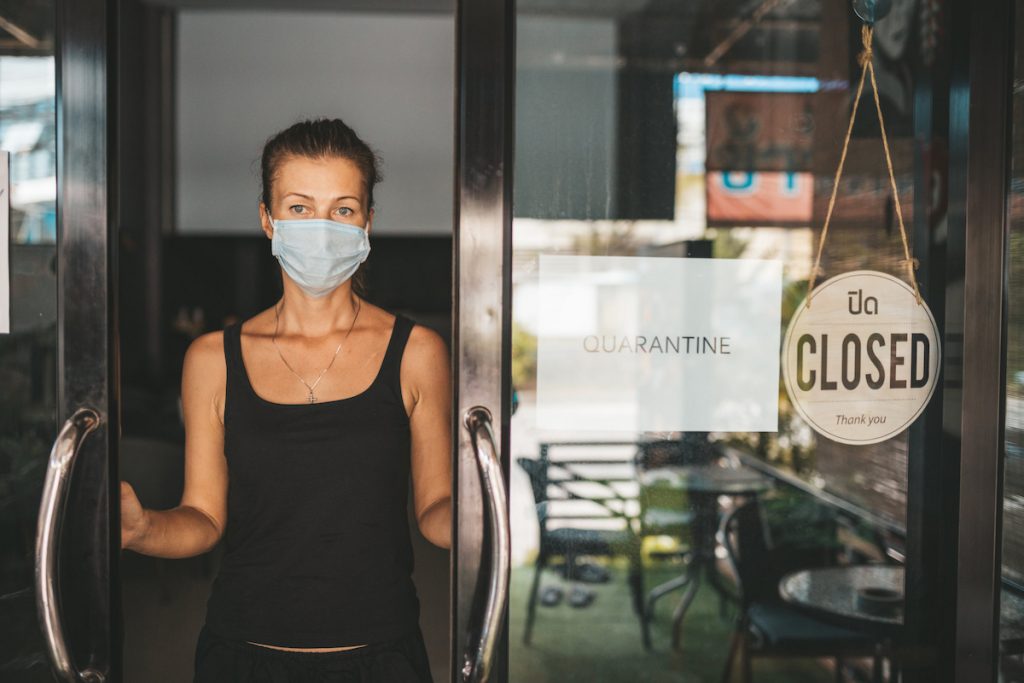 In the first of what we hope to be many wins on this front, Wheeler, DiUlio, & Barnabei will be able to continue its lawsuit for a local small business owner against its insurer for insurance coverage of business interruption loss, which includes loss of business income, and loss of profit as due to the mandatory shutdowns during the COVID-19 pandemic.

Attorneys Anthony DiUlio and Jonathan Wheeler were successful in convincing a Philadelphia judge to allow us to continue in our representation of Taps & Bourbon on Terrace LLC, in their suit against Lloyd’s of London, for wrongly denying a claim for coverage from the state wide shutdown.

When state-ordered mandates forced bars, restaurants, and non-essential businesses to shutter their doors to in-person patrons, or required them to limit their capacity during the COVID-19 pandemic, many small business owners in the Philadelphia region suffered a gut-wrenching loss in profits. The owners of Taps & Bourbon, much like countless other small business owners, turned to Lloyds for help during this trying time, after they were ordered to close for in-person dining and then allowed to reopen at a significantly reduced capacity.

Surely the coverage they had paid so much into over all of these years would step in and help keep their businesses afloat with the reimbursement they were owed, right?

Unfortunately, much like so many other cases we’ve seen over the past several months, their request for reimbursement was denied. According to their provider, a virus does not constitute “direct physical loss or damage,” as it does not physically affect the property. The policy issued by Lloyd’s also included a limited virus exclusion that was included in the denial of the claim. We couldn’t disagree more with Lloyd’s position and thus, the suit was brought under two main, but basic ideas. First, if the virus does not constitute direct physical loss or damage, then why would you need an exclusion for it? Second, the restaurant paid for additional coverage to protect them against actions of civil authority (i.e. the government forcing them to close their doors), and the virus exclusion does not apply to that additional coverage.

What Were The Arguments?

We stepped in to help Taps & Bourbon argue their case, specifically, that the virus is a physical object “…made up of atoms just like water, smoke, asbestos, or, even, a tree that may have fallen during the last storm.” We pointed out the fact that, if Lloyd’s truly believed that a virus could not cause physical loss, there would have been no reason to include language in the policy specifically excluding it from some areas of coverage.

Lloyd’s also brought up a civil authority endorsement, arguing that Taps & Bourbon was not barred from entering or accessing their property. We argued that one of the orders did, in fact, force the restaurant to shut down, and when restrictions were lifted, capacity was severely limited.

Our final argument was regarding food safety and contamination. Since reopening required a full disinfecting of the property, and food had been present prior to this thorough cleaning, the entire stock needed to be removed and discarded in order to fully decontaminate the premises. This resulted in a loss to the business, which should have been covered by insurance.

Wheeler, DiUlio, & Barnabei will continue to fight for our client, in the hopes that the courts will ultimately rule in our favor and, perhaps, even set precedent for cases like this going forward.

Throughout our arguments, Lloyd’s continued to fight against our claims, and we expect the same from them as this case makes its way through the judicial system. We intend to fight back with just as much rigor as we did from the moment our client reached out to us.

This is a trying time for everyone, without a doubt. However, when a business has invested countless dollars into insurance providers to cover a loss, we believe it is that provider’s duty to provide them with reimbursement for that loss. Especially when it’s from something as uncontrollable as a global pandemic.

Is your provider refusing coverage for business interruption loss during the COVID-19 pandemic? Click here to speak with an attorney at Wheeler, DiUluo, & Barnabei.